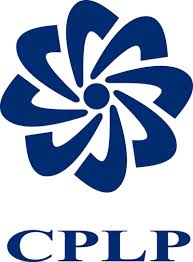 In May 2009, was approved in Estoril, Portugal, the Pecs-CPLP 2009-2012 (Strategic Plan in Health Cooperation of the Community of Portuguese Language Countries - Plano Estratégico de Cooperação em Saúde da Comunidade dos Países de Língua Portuguesa), which goal was to strengthen the health systems of the Member States of the Community - Brazil, East Timor and Portugal in addition to the five Portuguese-speaking African countries (Palop): Angola, Cape Verde, Guinea Bissau, Mozambique and Sao Tome and Principe - to universalize access and improve the quality of healthcare provided to their population.

In Pecs-CPLP, which was later extended until 2016, seven strategic lines of action were established, under which nine priority projects were planned. The creation of the Technical Health Schools Network of CPLP (RETS-CPLP) was considered as a priority project under Axis 1 – ‘Education and development of the health workforce’.

In December of the same year, in Rio de Janeiro, Brazil, during the 2nd General Meeting of RETS, was held the 1st Meeting of RETS-CPLP, in which was approved its first Work Plan (2010-2012), which lasted until 2013.  At the meeting it was also established that the coordination of the Network would be in charge of Joaquim Venâncio Polytechnic School of Health (EPSJV/Fiocruz).

The 2nd Ordinary Meeting of RETS-CPLP was held on November 8th, 2013, in Recife, Brazil. At the time, network members discussed and approved the Regulation of RETS-CPLP and the continuity of EPSJV/Fiocruz in charge in 2014-2017.

The discution of Work Plan for the same period, however, shall happen at a Special Meeting held on 28, 29 and 30 April 2014 in Lisbon.The Meeting was attended by representatives of government and educational institutions of health technicians from seven countries - Angola, Brazil, Cape Verde, Guinea Bissau, Mozambique, Portugal and Sao Tome and Principe - as well as the Executive Secretariat of CPLP. Currently, RETS-CPLP brings together nearly 40 training institutions of Brazil, Portugal and Palop, as well as representatives of government agencies responsible for ordering this training in their countries.

The 4th Network Meeting happened in March 2016, this was the 3rd RETS-CPLP Ordinary Meeting and it took place together with RESP (Public Health Schools Network), Medical School Network and RINSP (Public Health Insitutes Network). The purpose of the meeting was to carefully evaluate the work plan in progress, taking stock of the activities carried out. At this meeting, the work plan was reviewed following a strategic vision, shared with the structuring networks, which will be articulated according to the axes (1) Strengthening and strategic, operational and institutional articulation of the Structuring Networks, (2) Strengthening the Role of Networks (3) Communication, Information and Visibility and (4) Governance and Financing. These and the main conclusions of the technical meetings are described in the minutes of the meeting.

During the 4th Regular Meeting of the Technical Health Schools Network of the Community of Portuguese-Speaking Countries (RETS-CPLP), held on November 12 and 13, 2018, in Rio de Janeiro, representatives of the countries of the CPLP presented the scenario of Primary Care (PHC) in their health systems. In addition, RETS-CPLP members approved the new Network 2019-2022 work plan and confirmed EPSJV/Fiocruz as their coordinating institution.

The RETS-CPLP Work Plan established ten actions aimed at strengthening the training capacity of technical workers for the national health systems of the member countries, with emphasis on Primary Health Care: development and assessment of strategies for training teachers to work in the national training systems of health technicians, through bi and multilateral technical cooperation; strengthening communication and interactivity to and from the Network through the incorporation and use of educational, information and communication technologies; promotion of exchange and academic mobility in the area of technical training in health, including teachers, students and researchers, as a way of consolidating the Network.

Virtual meetings, a new phase of the Network

On July 1, 2020, the 1st Virtual Meeting of the Network of Technical Schools in Health of the Community of Portuguese Speaking Countries (RETS-CPLP) was held, with the presence of representatives of six of the nine countries that make up the Community. At the opening of the event, CPLP's Director of Cooperation, Manoel Clarote Lapão, highlighted the importance of the meeting, especially in the context of the pandemic that affects all member countries, albeit in different measures, and that requires a change in the strategy of the Network that allows the work to continue. The representative of the Center for International Health Relations at the Oswaldo Cruz Foundation (Cris / Fiocruz) Sebastian Tobar, also emphasized the relevance of the meeting and Cris's support for strengthening the group. Finally, the director of the Escola Politécnica de Saúde Joaquim Venâncio (EPSJV), coordinating institution of RETS-CPLP, Anakeila Stauffer, welcomed all those present and sought to highlight the role of the Network at a time when social inequalities, inter and intra-country, make the challenge of overcoming the Covid-19 pandemic even more complex.

More than 30 people, representing institutions from Angola, Brazil, Cape Verde, Mozambique, Portugal, and São Tomé and Príncipe, were present. Besides, we also registered the presence of Luiz Ary Mesina, representing the University Telemedicine Network (RUTE). Unfortunately, in that first virtual meeting, three countries in the Community were unable to attend: Equatorial Guinea, Guinea Bissau, and East Timor. The main objective of the meeting was to discuss the scenario of countries concerning work and the training of health technicians in times of Covid-19 pandemic.

The story of CPLP begins in São Luiz do Maranhão, Brazil, in November 1989, during the First Meeting of the Heads of State and Government of the Portuguese-speaking Countries. Its creation, however, only occurred on July 17th, 1996, in Lisbon, when the Summit of Heads of State and Government was held with representatives of Angola, Brazil, Cape Verde, Guinea Bissau, Mozambique, Portugal and São Tomé and Principe. Only six years later, on May 20th, 2002, with the conquest of its independence, Timor Leste became a member of the Community.

The CPLP is a new political project, based on the Portuguese language, historical link and common heritage to the eight countries. A factor of unity that has fostered a joint action that is increasingly significant and influent on the global picture.

Having general goals as political appeasement and social, cultural and economic cooperation, the CPLP primarily operates in actions for the strengthening of priority sectors in the countries, such as health and education, using funds transferred by the Community countries' governments as well as resources available through partnerships with other international organizations, nongovernmental organizations, companies and private entities interested in supporting social and economic development of the Portuguese-speaking Countries. 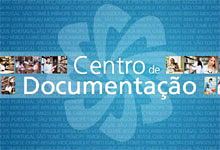