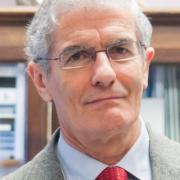 How can primary health care contribute to the construction of universal systems? This issue is the theme of a conference that will be conducted by Spanish specialist José-Manuel Freire and promoted by the South American Health Institute (ISAGS) on May 13th at 11 am (GMT -3). It will be broadcasted online in Spanish, English and Portuguese and will be available on the link www.aps.isags-unasur.org.

Spain stands out among the European countries because of its regionalized national universal health system featuring a primary health care model with multiprofessional staff and territorialized public health centers that cover 100% of the population. The achievements and challenges of the Spanish experience will be presented by José-Manuel Freire, who will clarify the reason why a publicly funded health system that is organized around primary healthcare and general practices presents better indicators than one that focuses in private provision and based in funding, organization and provision in the so-called more complex levels of care.

According to the World Health Organization (WHO), the primary health care has the role of responding most of health needs and coordinating integrated care and the movement of people within the health system. It is the most efficient strategy to respond to health conditions in the 20th and 21st Century: globalization of unhealthy ways of living, the acceleration of unplanned urbanization and demographic ageing. These conditions contribute for the increase of chronic diseases and generate new demands for services.

The conference is part of an ISAGS initiative to foster the debate on the development of universal health systems in the South American region. Those interested may participate by sending questions through email (comunicacao@isags-unasur.org), Twitter (@isagsunasur) or Facebook (/isags.unasursalud).

José-Manuel Freire is currently the head of the International Health Department of the National Health School of the Carlos III Health Institute (Madrid, Spain). Physician specialized in public health and business administration at London University (LSHTM) and Harvard (HSPH), he has already been health counselor for the Basque Country and presided the specialists group in “Good Governance of the Health System” at the Council of the European Union.

The conference of José-Manuel Freire is the starting point of the seminar ‘Primary Health Care Approaches and strategies for the permanence of professionals in remote and underserved areas in the South American countries’, promoted by ISAGS between May 13th and 15th with the participation of the representatives of the Ministries of Health of the 12 South American nations. Currently, the institute is carrying out a PHC mapping in the region, which will eventually be transformed in a book.