Home » News » WHO Executive Board meets in Geneva to discuss global health issues
Published in: 02/02/2015
PAHO/WHO 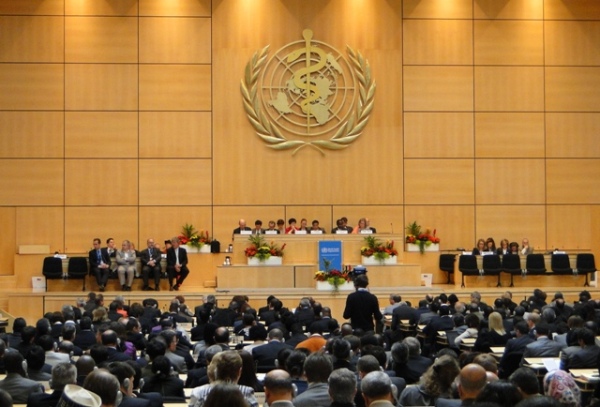 The Executive Board of the World Health Organization (WHO) is meeting in Geneva, Switzerland, this week and next (25 Jan. to 3 Feb.) to discuss global health issues including antimicrobial resistance, the International Health Regulations, adolescent health, and health and the environment, among others.

Highlights of the meetings include the special briefing on Ebola by Director-General Margaret Chan at the opening session on 25 Jan., and the appointment of new Directors for WHO's regional offices in Europe and Africa.

The main functions of the Executive Board are to give effect to the decisions and policies of the World Health Assembly, to advise it and generally to facilitate its work.

Dr. Carissa F. Etienne, Director of the Pan American Health Organization (PAHO), WHO's Regional Office for the Americas, will participate in next week's meeting.

Other issues on the agenda include violence and health, epilepsy, monitoring of efforts to achieve the Millennium Development Goals by 2015, and a global action plan for fighting antimicrobial resistance.

The Executive Board is composed of 34 members technically qualified in the field of health, each of whom is designated by a WHO Member State elected by the World Health Assembly to participate in the Executive Board for a three-year term. Currently, the board's members from the region of the Americas are Argentina, Brazil, Cuba, Panama, Suriname and the United States.

The Executive Board meets at least twice a year. Its main meeting normally takes place in January, followed by a second, shorter meeting in May, just before the World Health Assembly.