Home » News » World failing to provide children with a healthy life and a climate fit for their future: WHO-UNICEF-Lancet
Published in: 02/20/2020 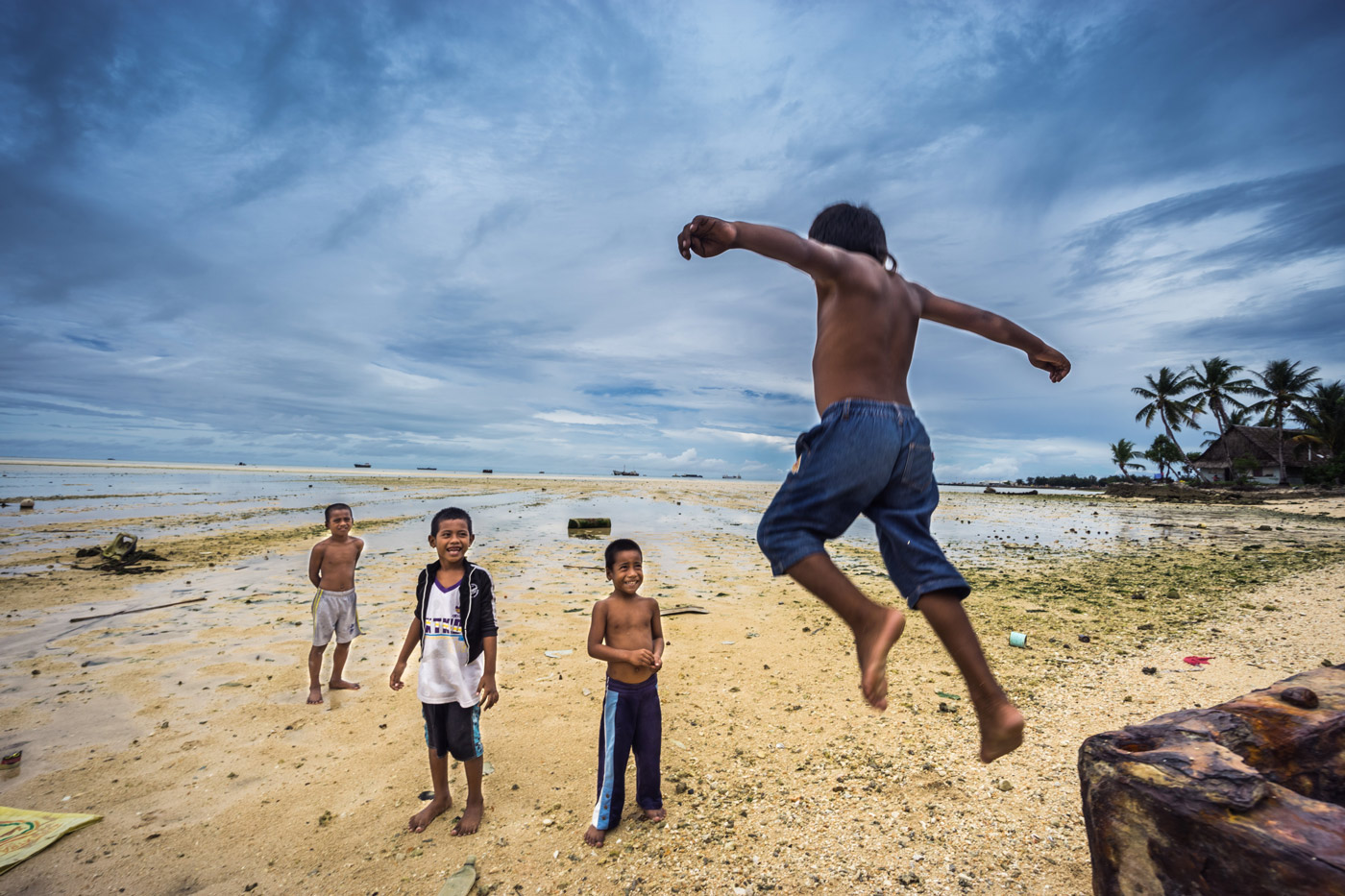 No single country is adequately protecting children’s health, their environment and their futures, finds a landmark report released today by a Commission of over 40 child and adolescent health experts from around the world. The Commission was convened by the World Health Organization (WHO), UNICEF and The Lancet.

The report, A Future for the World’s Children?, finds that the health and future of every child and adolescent worldwide is under immediate threat from ecological degradation, climate change and exploitative marketing practices that push heavily processed fast food, sugary drinks, alcohol and tobacco at children.

“Despite improvements in child and adolescent health over the past 20 years, progress has stalled, and is set to reverse,” said former Prime Minister of New Zealand and Co-Chair of the Commission, Helen Clark. “It has been estimated that around 250 million children under five years old in low- and middle-income countries are at risk of not reaching their developmental potential, based on proxy measures of stunting and poverty. But of even greater concern, every child worldwide now faces existential threats from climate change and commercial pressures.

“Countries need to overhaul their approach to child and adolescent health, to ensure that we not only look after our children today but protect the world they will inherit in the future”
Prime Minister of New Zealand and Co-Chair of the Commission, Helen Clark

The report includes a new global index of 180 countries, comparing performance on child flourishing, including measures of child survival and well-being, such as health, education, and nutrition; sustainability, with a proxy for greenhouse gas emissions, and equity, or income gaps. [Top & Bottom 10 countries; Interactive Index, Full Global Index on pp. 35-38] [1]

According to the report, while the poorest countries need to do more to support their children’s ability to live healthy lives, excessive carbon emissions – disproportionately from wealthier countries –  threaten the future of all children. If global warming exceeds 4°C by the year 2100 in line with current projections, this would lead to devastating health consequences for children, due to rising ocean levels, heatwaves, proliferation of diseases like malaria and dengue, and malnutrition.

The index shows that children in Norway, the Republic of Korea, and the Netherlands have the best chance at survival and well-being, while children in Central African Republic, Chad, Somalia, Niger and Mali face the worst odds. However, when authors took per capita CO2 emissions into account, the top countries trail behind: Norway ranked 156, the Republic of Korea 166, and the Netherlands 160. Each of the three emits 210% more CO2 per capita than their 2030 target. The United States of America (USA), Australia, and Saudi Arabia are among the ten worst emitters.

“More than 2 billion people live in countries where development is hampered by humanitarian crises, conflicts, and natural disasters, problems increasingly linked with climate change,” said Minister Awa Coll-Seck from Senegal, Co-Chair of the Commission. “While some of the poorest countries have among the lowest CO2 emissions, many are exposed to the harshest impacts of a rapidly changing climate. Promoting better conditions today for children to survive and thrive nationally does not have to come at the cost of eroding children’s futures globally.”

The only countries on track to beat CO2 emission per capita targets by 2030, while also performing fairly (within the top 70) on child flourishing measures are: Albania, Armenia, Grenada, Jordan, Moldova, Sri Lanka, Tunisia, Uruguay and Viet Nam.

The report also highlights the distinct threat posed to children from harmful marketing. Evidence suggests that children in some countries see as many as 30,000 advertisements on television alone in a single year, while youth exposure to vaping (e-cigarettes) advertisements increased by more than 250% in the USA over two years, reaching more than 24 million young people.

Professor Anthony Costello, one of the Commission’s authors, said: “Industry self-regulation has failed. Studies in Australia, Canada, Mexico, New Zealand and the USA – among many others – have shown that self-regulation has not hampered commercial ability to advertise to children. For example, despite industry signing up to self-regulation in Australia, children and adolescent viewers were still exposed to 51 million alcohol ads during just one year of televised football, cricket and rugby. And the reality could be much worse still: we have few facts and figures about the huge expansion of social media advertising and algorithms aimed at our children.”

Children’s exposure to commercial marketing of junk food and sugary beverages is associated with purchase of unhealthy foods and overweight and obesity, linking predatory marketing to the alarming rise in childhood obesity. The number of obese children and adolescents increased from 11 million in 1975 to 124 million in 2016 – an 11-fold increase, with dire individual and societal costs.

A manifesto for immediate action on child and adolescent health

To protect children, the independent Commission authors call for a new global movement driven by and for children. Specific recommendations include:

Dr. Richard Horton, Editor-in-Chief of The Lancet family of journals, said: “The opportunity is great. The evidence is available. The tools are at hand. From heads-of-state to local government, from UN leaders to children themselves, this Commission calls for the birth of a new era for child and adolescent health. It will take courage and commitment to deliver. It is the supreme test of our generation.”

“From the climate crisis to obesity and harmful commercial marketing, children around the world are having to contend with threats that were unimaginable just a few generations ago,” said Henrietta Fore, UNICEF Executive Director. “It is time for a rethink on child health, one which places children at the top of every government’s development agenda and puts their well-being above all considerations.”

Situation in the Region of the Americas

Climate change and the future of children

Countries in the Americas have suffered negative consequences from the repeated experience of extreme weather events and climate-related impacts on food, water and nutrition security, as well as an increased number of cases of vector-, food-, and water-borne diseases. Children are among the most vulnerable to many of those threats, and specific actions need to be taken to protect their lives, livelihoods, ecosystems and societies so that they can not only survive but thrive.

The Pan American Health Organization (PAHO) Member States have been working to include climate indicators in their environmental health surveillance and early warning systems, to prepare healthcare facilities and personnel for climate events, and to promote education and greater awareness on climate change, among other actions. An important milestone was the 2019-2023 Caribbean Action Plan on Health and Climate Change, which recognizes and addresses the vulnerability of the small island states of the Caribbean. Additionally, PAHO Member States have adopted the goal of eliminating solid fuels and kerosene for cooking, as part of the 2019 PAHO Elimination Initiative. These are practical and effective measures to reduce emissions of CO2 and other air contaminants for the benefit of children, especially those in rural areas, indigenous communities, and poor urban areas, where these environmental risks are concentrated.

The harmful effects of commercial marketing

The influence of commercial marketing on parents, children and adolescents is well recognized in the Region. Alcohol marketing is ubiquitous in the Americas, contributing to making alcohol the leading underlying risk factor associated with deaths in people ages 15 to 49. Progress in implementing the WHO Framework Convention on Tobacco Control continues to be hampered by interference from the tobacco industry. In 2016, only 8 countries reported having comprehensive legislation on the International Code of Marketing of Breast-milk Substitutes. Aggressive marketing of breast-milk substitutes continues to undermine efforts to improve breastfeeding rates. Dietary risks associated with increasing urbanization and growing consumption of food outside the home have been exacerbated by a substantial increase in the marketing of processed foods and sugary beverages.

With the goal of reducing these risk factors, PAHO launched the REGULA initiative in 2014 to strengthen the regulatory capacity of the Region’s health authorities. PAHO has also published reports on commercial advertising and ultra-processed food sales.

More work is still needed in the Region to understand and address the harmful effects of marketing, the high levels of exposure of children and adolescents to online platforms and social media, and the commercial use of children’s data and images.

[2] This Commission was funded by the Bill & Melinda Gates Foundation.