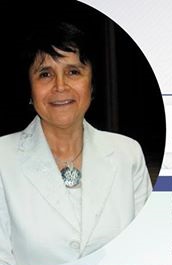 A day after the presentation of the ECLAC Social Panorama of 2014 – a document prepared annually by the UN Economic Commission for Latin America and the Caribbean - ISAGS welcomed the Social Affairs Officer of the Social Development Division of ECLAC, Ana Sojo. The visit came as part of the face-to-face week of the course Intersectoral Public Policies and Social Determination of Health, the first organized by ISAGS.

Sojo said the big news in this year’s panorama was the analysis of poverty from a multidimensional perspective. Instead of measuring poverty levels related only by income levels, monetary and non-monetary aspects of well-being, in addition to employment deprivation, social protection and academic underachievement was taken into consideration.

New approaches to data on countries helps strengthen the idea that, beyond the progress made in the last decade, poverty persists as a structural phenomenon that portrays Latin American society. Inequality in Latin America has declined, but the region remains unequal, emphasized Ana Sojo.

The ECLAC representative also spoke of the importance of taking into account the social determinants of health in policy developments in Latin America. If there is no interaction between different areas, the opportunity to create virtuous circles in public health policies is lost, she said.