Home » News » End discrimination against women and children affected by leprosy
Published in: 02/04/2020 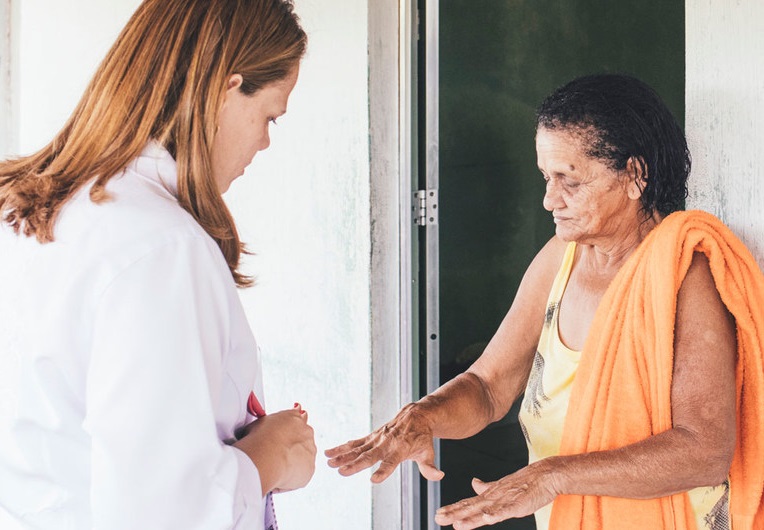 “Too many women and children affected by leprosy – also known as Hansen's disease – are victims of stereotypes, physical and verbal abuse, delays of diagnosis and lack of adequate care”, declared Alice Cruz, UN Special Rapporteur on the elimination of discrimination against persons affected by leprosy and their family members.

The UN expert expressed concern over the “complete lack of specific plans by States to address the particular needs of women and children affected by leprosy and to end discrimination and violence against them”.

Citing institutional reasons, Ms. Cruz’s last report said that too many cases of women and children who are affected, go underreported.

Although their immature immune systems appear to be more prone to leprosy, some 10 to 20 percent of children stop taking medicines because available treatments are simply not appropriate for their age.

“Affected people are not only that left furthest behind, but they are also actively being kept out of the agenda, out of history,” she said.

Affected people and their families have been “systematically subjected to dehumanization in different cultural backdrops”, according to Ms. Cruz.

“Stigmatization remains institutionalized in the States’ architecture and functioning”, she said, noting that over 50 countries have hundreds of discriminatory laws against leprosy-affected people.

The UN expert welcomed improvements in the response of some Governments, including in awareness-raising activities, campaigns to improve detection and early diagnosis, and access to treatment.

Nevertheless, she regretted that too many States with high incidence rates and discriminatory laws did not reply to her requests for visits or had they yet arranged a visit, months after they accepted her request.

“States must abolish all discriminatory laws and implement the Principles and guidelines for the elimination of discrimination against persons affected by leprosy and their family members,” Ms. Cruz said, also calling for more inclusion of leprosy-affected women and children in the decision-making processes impacting their lives.

The Special Rapporteurs are part of what is known as the Special Procedures of the Human Rights Council. They are appointed by the Geneva-based UN Human Rights Council to examine and report back on a specific human rights theme or a country situation. The positions are honorary and the experts are not UN staff, nor are they paid for their work.