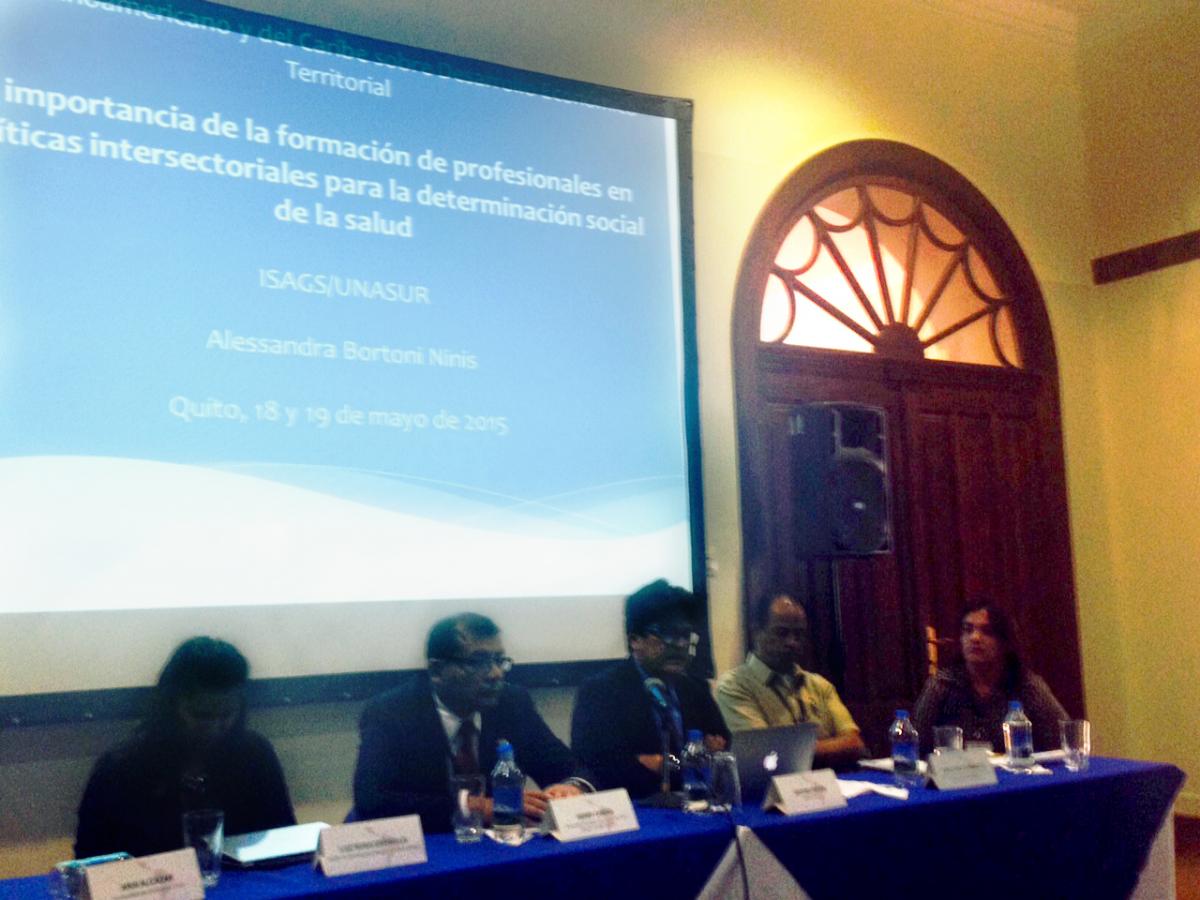 ISAGS’ technical advisor on social determinants of health and regulation, Alessandra Bortoni Ninis, participated in the Latin American and Caribbean Forum on Territorial Economic Development, which took place in Quito, Ecuador, on May 18 and 19. The event is a stage in preparation to the 3rd World Forum on Local Economic Development that will be held in Turin, Italy, in October 2015.

The Forum has been divided into 18 working tables that addressed different issues regarding territorial development. In this context, the expert made a presentation at Table 5, whose theme was "The Latin American and Caribbean Network of Linkage between University and Local Development”. The presentation addressed the actions implemented by the Institute in the production and dissemination of knowledge and in the training of strategic personnel. Alessandra highlighted the publication of the book “Health Systems in South America:challenges to the universality, integrality and equity” in 2012, and the course "Public Intersectoral Policies and Social Determination of Health”, in mid-2014/2015.

The opening of the meeting counted with the participation of UNASUR secretary general, Ernesto Samper. The chairman talked about the need for greater efforts and articulation from Latin American countries in order to extinguish colonialism practices and develop autonomous proposals for territorial planning. According to him, nations must break with social mechanisms that produce inequalities, such as the current education model, and must also institute fiscal systems that are more progressive, so as to stimulate productive transformations.

The first day of the event was dedicated to questions regarding productive potential, competitiveness, social inclusion and rural and urban development. The following part addressed multilevel governance and tables were focused on issues such as decentralization, intersectoral articulation, natural resources, knowledge management and the role of universities in fostering development.