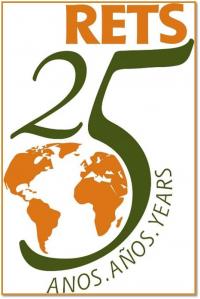 To celebrate the 25th anniversary of the International Network of Health Technicians Education (RETS), the Joaquim Venâncio Polytechnic School of Health (EPSJV/Fiocruz) held, on November 30th, the fourth workshop of the cycle 'The challenges of training health technicians during the pandemic', with the theme 'The future of networks in a globalized world: common challenges and shared solutions'. The workshops are being held in partnership with the International Network for the Education of Health Technicians (RETS) and its sub-networks: the Ibero-American Network for the Education of Health Technicians (RIETS) and the Network of Technical Health Schools of the Community of Portuguese-speaking Countries (RETS-CPLP).

The initiative also has the support of the PAHO/WHO Subregional Program for South America, the Center for International Relations in Health (Cris/Fiocruz), and VideoSaúde Distribuidora of Fiocruz.

Moments of celebration and reflection

"The closing of a cycle should always be a cause for celebration. When it comes to cooperation between institutions focused on training health technicians, this moment shows the strength of the exchange and represents the defense of and commitment to strengthening national health systems," said Carlos Batistella, coordinator of International Cooperation at EPSJV, in his welcoming speech. He added: "However, more than celebrating a collaborative work over 25 years, we want to look to the future, identify the challenges of new contexts and the possibilities of intervention based on networking that present themselves.

In Batistella's view, the Covid-19 pandemic represented a common problem for all countries, favoring cooperative and networking work in the search for solutions, on the other hand, it has exposed the historical structural inequalities in the capacity to establish quick and effective responses for its control. "The objective of this fourth workshop, therefore, is to discuss the future of networks in the post-pandemic world and, especially, the networks for training health technicians. We want to understand to what extent the advance of virtuality can favor the expansion of inter-institutional relationships in the context of international cooperation, how we will deal with the phenomenon of fluctuating membership in the networks, and how to favor the emergence of new protagonists and a multipolar perspective of contributions to the network", he pointed out.

After welcoming those present, the event continued with an interchange between the speeches of those present and short videos in which some RETS members paid their respects to the birthday girl. At the end of the workshop, a short commemorative video prepared by the Network Executive Secretariat team was also shown.

The importance of networking 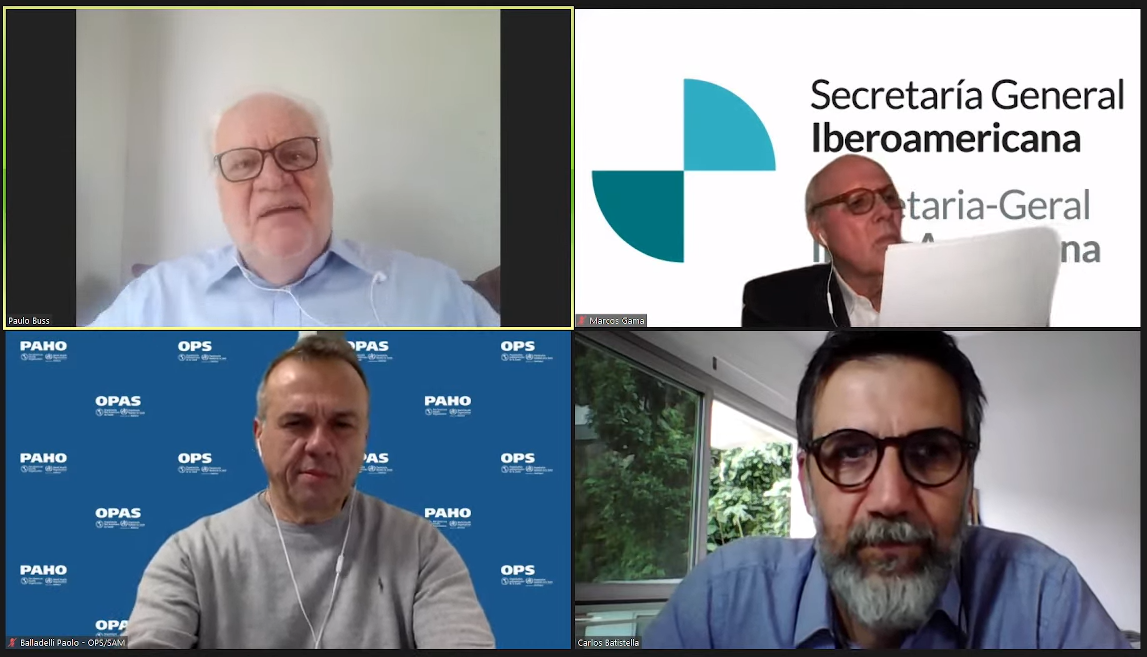 The opening table included: Paulo Marchiori Buss, former president of Fiocruz and current coordinator of the Center for International Relations in Health at Fiocruz (Cris/Fiocruz); Manuel Clarote Lapão, Director of Cooperation at the Executive Secretariat of the CPLP; Pier Paolo Balladelli, Director of the Subregional Program for South America at PAHO/WHO, and Ambassador Marcos Vinicius Pinta Gama, who is acting head of the Ibero-American General Secretariat (Segib).

For Paulo Buss, the 25 years ensure the success of all the initiatives and gains that RETS has brought to the health systems of all the countries that comprise it. "All this guarantees the continuity of this work, sustained by a solid, creative trajectory and with important results. The future of the network is already mapped out", he pointed out. According to him, there is no possibility of having a solid health system that meets health needs without a team of technical professionals: "In this pandemic, the importance of technicians has become even more evident. Through our networks, quality technical education is on the march. We are witnesses of the firmness with which this democratic and participatory network, which is RETS, builds its processes".

Paolo Balladelli emphasized the importance that PAHO/WHO has always given to the strategy of networking, which proved fundamental in the context of the Covid-19 pandemic. "The lack of evidence and data during the pandemic created an important vacuum that was then translated into the increased transmission of the virus and deaths. Therefore, being able to network and work instantaneously through evidence that allows us to better understand disease and health processes is indispensable," he stressed.

Balladelli also pointed to the fact that the pandemic laid bare the precariousness of Latin America's health systems and the post-pandemic brought the obligation to vaccinate the world's population at least three times in the shortest possible time. "It is important to insist that the recovery of national health systems must begin now and that the workforce is a key element in that recovery. In addition to a numerical imbalance in the distribution of personnel, it is also important to indicate that there are gaps regarding the training of these professionals. In this context, the health technicians are the most important category, which allowed us to continue the services in places where the population would have been left without support during the pandemic," he said.

By video, Manuel Lapão regretted he could not be present at the event and extolled the importance of networking for the CPLP: "The construction of networks and partnerships, in the context of the CPLP, plays an extremely important role in building bridges for the development process of communities. The link that the CPLP establishes with the entities with which it interacts has made it possible to secure a set of strategic partnerships that are very relevant to the organization, allowing a more sustainable look at common challenges".

Finally, Marcos Pinta Gama talked about the concept of networks used by Segib, in addition to commenting on the future of networks in the globalized world. "We understand the work of networks as a mechanism for articulating different actors in a given region. We understand networks as spaces of exchange and that bet on multilateralism, collaboration, sustainable development, and solidarity through the participation and dialogue of all those involved", he highlighted.

Future of Networks in the Globalized World 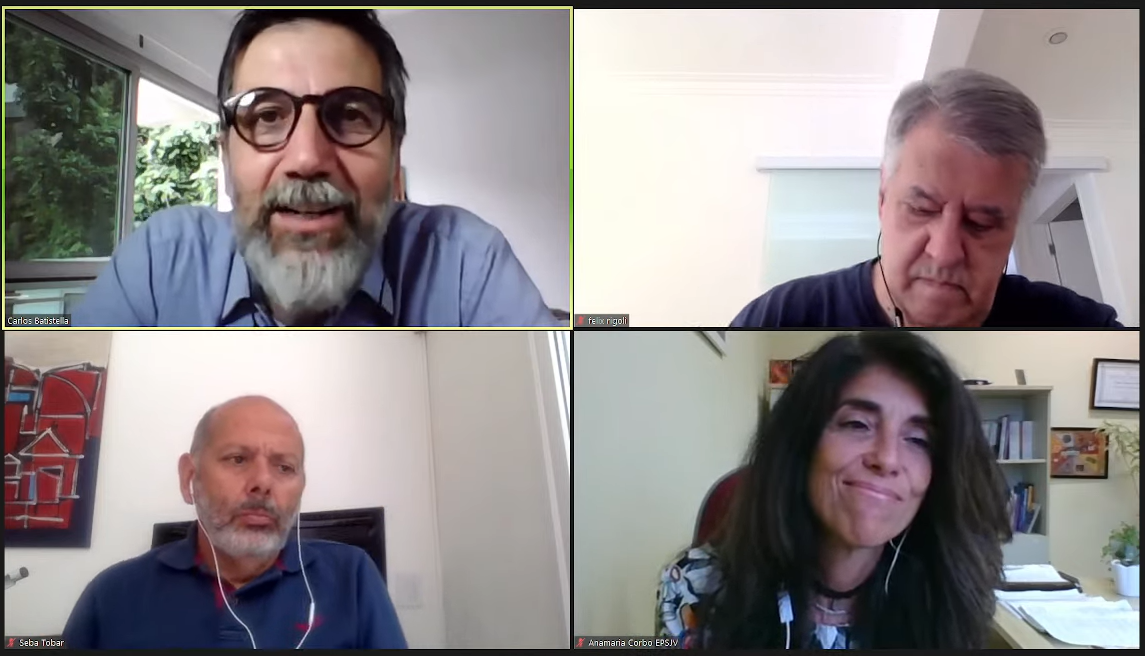 After the opening table, a debate began, bringing together Anamaria Corbo, director of EPSJV, and Felix Rigoli, who throughout his career has played an important role in various international organizations, including PAHO/WHO and the South American Institute of Government in Health of the Union of South American Nations, especially concerning the training of human resources in health, and who is currently a consultant for the Center for Bioethics and Diplomacy in Health Studies (Nethis) of Fiocruz Brasilia. The debate was mediated and commented by Sebastián Tobar, advisor and researcher at Cris/Fiocruz.

In his speech, Felix Rigoli pointed out that the formation of the networks involving the RETS (RETS-Unasur, RETS-CPLP and RIETS) began, at the international level, with the Mercosur network, RETS-Unasur, and then expanded throughout South America, then countries of the CPLP and the Ibero-American region. "They are concentric networks, developed over time and supported by studies. EPSJV itself drew, in the beginning, a panorama of what was happening in terms of technical training. RETS has always taken a step forward," he commented, adding that the network has always created, developed, and shared knowledge, information, skills, and capacities until a collective legitimacy of the idea of training health technicians was created.

According to Felix, there are two major types of networks: "A network of relationships, in which exchanges take place and start from different actors, there is not necessarily a hierarchy or a specific focus. And the more relationships they have, the better. RETS has always done this very well.

The other type of network highlighted by Felix was the so-called neural network. "It sounds like something very fictional, but they are actually networks in which a set of questions are passed to a set of cells, which produce answers, and those answers are evaluated to see which are good and bad, they are filtered and produce the best possible answer for that network," he defined, explaining: "I have the impression that the future of networks should be to think just like a system, filtering, improving and enhancing the quality of knowledge. We should move towards a neural network.

Anamaria, in turn, brought some of the histories of the emergence of RETS. According to her, the motivation for the creation of the network came from a study conducted in 1996 in 16 Latin American countries, which reported numerous problems in the training of health technicians. Among other things, the study showed that medium-level training, in which technicians are generally inserted, was extremely heterogeneous: "You have different ways of training, different entry requirements, different attributions and work processes, which makes cooperation in this area very complex", she said, adding: "And this is a fundamental category that forms the basis and organizes national health systems".

Based on this study, several countries, human resources representatives, and PAHO itself organized a meeting to discuss what to do about this problem in Latin America. "It was at this meeting, which took place in Mexico, with representatives from Brazil, Costa Rica, Colombia, Cuba, and the host country, that the RETS was created, with a strong emphasis on communication and the dissemination of research on the subject," he recalled.

Until 2001, when the Network was temporarily deactivated, its Secretariat was in charge of Costa Rica's School of Public Health. Anamaria said that when EPSJV became the WHO Collaborating Center for Health Technician Education in 2004, she was given the task of assuming the Executive Secretariat and reactivating the Network. "A year later, we reassumed the network's executive secretariat and, to mobilize partners, we organized the International Forum on Technician Education, which took place during the 11th World Congress on Public Health and the 8th Brazilian Congress on Collective Health," she said.

Today, the RETS brings together more than 100 institutions from 20 countries, besides housing, as subnets, the Network of Technical Schools of the Community of Portuguese-Speaking Countries (RETS-CPLP) and the Ibero-American Network of Technician Education in Health (RIETS).

About the network's current challenges, Anamaria pointed out the impacts of the pandemic on training and health care, the increase in educational inequalities due to the prolonged closure of schools, the effects of the global crisis on the social determinants of health, and the underfunding of the health sector, among others. "The pandemic had an enormous impact in the sense that it dammed up a series of demands on health systems. And also in education, because we saw that many schools closed their doors. So we are talking about high school level workers without an internship and without adequate professional practice. We are living through an environmental humanitarian crisis that has consequences for people's quality of life and will certainly have an impact on health", he stated.

About the Workshop Cycle 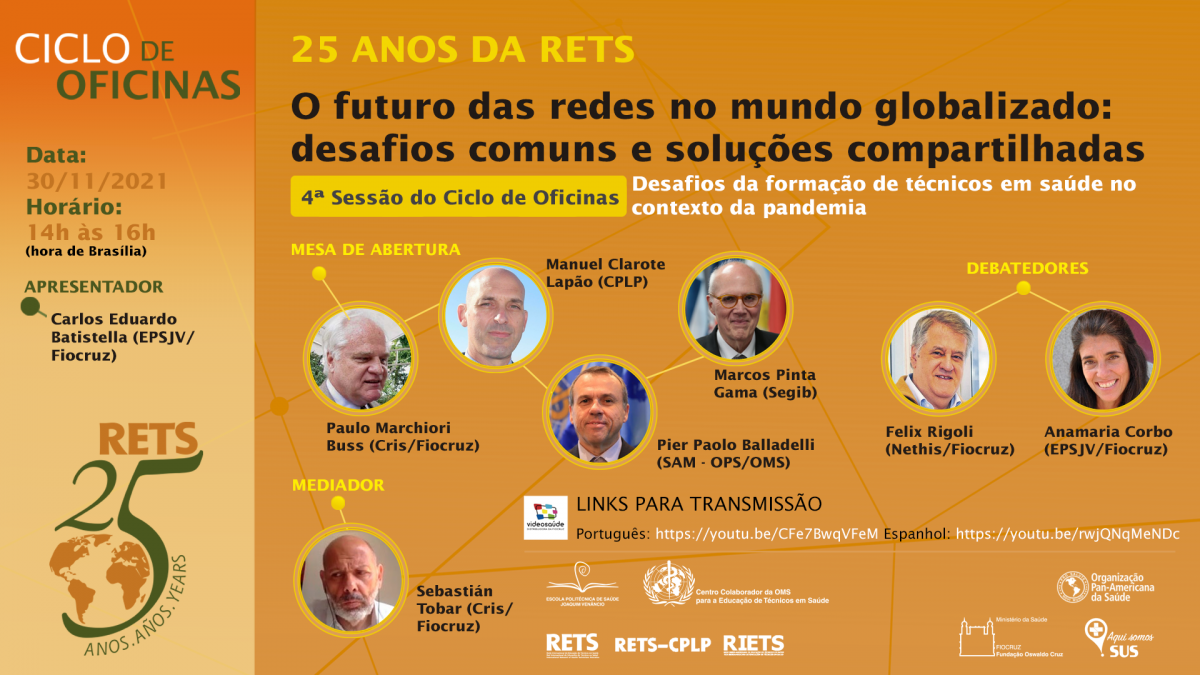 Since the beginning of 2020, with the interruption of classroom activities to prevent the spread of the virus, training institutions have been faced with the dilemma of reinventing their daily school life in a short period and under completely adverse conditions to continue carrying out their mission with students and society.

With this in mind, the Escola Politécnica de Saúde Joaquim Venâncio (EPSJV/Fiocruz), as a Collaborating Center of PAHO/WHO, launched the workshop cycle 'Challenges of training health technicians in the context of the pandemic'. The purpose of the initiative is to generate a space for exchange, reflection, learning, and formulation of proposals about the concrete experiences of how different training institutions have faced these challenges and achieved their goals.

The first workshop, held on July 6th this year, addressed the issue of 'Professionalizing practices'; the second, held on August 31st, focused on 'Work and teacher training', and the third workshop, held on October 26th, brought to the debate the 'New profiles and attributions of health technicians to work in Primary Health Care'.