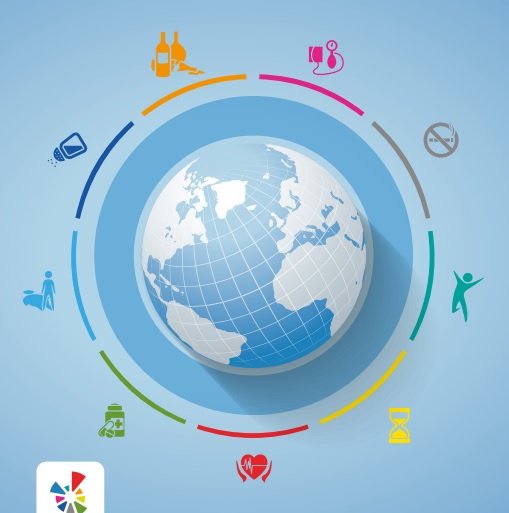 Urgent government action is needed to meet global targets to reduce the burden of noncommunicable diseases (NCDs), and prevent the annual toll of 16 million people dying prematurely – before the age of 70 – from heart and lung diseases, stroke, cancer and diabetes, according to a new WHO report.

“The global community has the chance to change the course of the NCD epidemic,” says WHO Director-General Dr Margaret Chan, who today launched the "Global status report on noncommunicable diseases 2014". “By investing just US$ 1-3 dollars per person per year, countries can dramatically reduce illness and death from NCDs. In 2015, every country needs to set national targets and implement cost-effective actions. If they do not, millions of lives will continue to be lost too soon.”

The report states that most premature NCD deaths are preventable. Of the 38 million lives lost to NCDs in 2012, 16 million or 42% were premature and avoidable – up from 14.6 million in 2000.

Nearly 5 years into the global effort to reduce premature deaths from NCDs by 25% by 2025, the report provides a fresh perspective on key lessons learned.

Premature NCD deaths can be significantly reduced through government policies reducing tobacco use, harmful use of alcohol, unhealthy diets and physical inactivity, and delivering universal health care. For example, in Brazil the NCD mortality rate is dropping 1.8% per year due in part to the expansion of primary health care.

“Best buys” to reduce the burden

The WHO report provides the baseline for monitoring implementation of the “Global action plan for NCDs 2013-2020”, aimed at reducing the number of premature deaths from NCDs by 25% by 2025. Outlined in the action plan are 9 voluntary global targets that address key NCD risk factors including tobacco use, salt intake, physical inactivity, high blood pressure and harmful use of alcohol.

“Our world possesses the knowledge and resources to achieve the 9 global NCD targets by 2025,” says Dr Oleg Chestnov, WHO’s Assistant Director-General for Noncommunicable Diseases and Mental Health. “Falling short of the targets would be unacceptable. If we miss this opportunity to set national targets in 2015 and work towards attaining our promises in 2025, we will have failed to address one of the major challenges for development in the 21st century.”

The report provides “best buy” or cost-effective, high-impact interventions recommended by WHO, including banning all forms of tobacco advertising, replacing trans fats with polyunsaturated fats, restricting or banning alcohol advertising, preventing heart attacks and strokes, promoting breastfeeding, implementing public awareness programmes on diet and physical activity, and preventing cervical cancer through screening. Many countries have already had success in implementing these interventions to meet global targets.

Examples of regional and country “best buy” successes listed in the report:

Working on the ground in more than 150 countries, WHO is helping develop and share “best buy” solutions so that they can be implemented more widely. WHO is also helping countries understand the dimensions that influence NCDs outside the health sector, including public policies in agriculture, education, food production, trade, taxation and urban development.

Though some countries are making progress towards the global NCD targets, the majority are off course to meet the 2025 targets. While 167 countries have operational NCD units in the ministry of health, progress on other indicators has been slow, especially in low- and middle-income countries.